If you as an Aries want to manipulate another Aries, here's how

March 08, 2022
The Aries’ weapons against this manipulation are his courage, his honesty and his irrepressible zest for action, which distinguishes him from all other signs. The Aries does not hesitate, he acts. This is his great advantage.

People with the sign of Scorpio have the greatest manipulative force on an Aries.

In the encounter with a Scorpio, he meets someone who embodies a very different stage of life or season.
The Scorpio stands for death in the fall, the approaching winter, the end of growth, cold, retreat and. the fight for survival. Scorpios are secretive and determined, they distrust life because of many relevant experiences and are characterized by a great stamina. These traits are not only strange to the Aries, but it is impossible for Aries to understand them.
For Aries, life is rich, exuberant and full of possibilities. The Scorpio is able to give this joy of living a toxic aftertaste. The Scorpio can constantly warn the Aries of risks that make him despondent and make him doubt himself. An Aries who is afraid of the potential downsides of life will lose their vitality and thus an essential feature of their character. Alternatively, the Scorpio can urge the Aries to tear ahead imprudently and to risk their neck with careless talk. Under the manipulation of Scorpio, Aries will argue with people who would be important for his professional advancement. He will shut doors instead of building bridges and stand alone in the end. But other zodiac signs can certainly achieve a great manipulative force on the Aries. For individuals who themselves are Aries or belong to the signs of Leo and Libra, this is likely to not be a big problem. You can excellently incite the Aries to tear ahead on sensitive matters while you stay in the background. If, for example, you are dealing with the implementation of a new project with the supervisor, simply explain to the Aries that he is the best person for the task because of his strength and position. That would be the path that the Sagittarius would choose if he wants to manipulate the Aries. 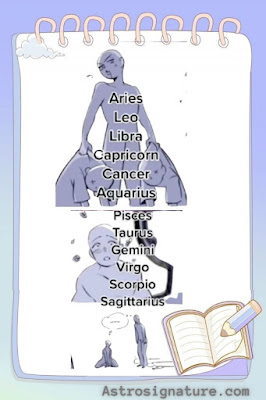 If you as an Aries want to manipulate another Aries

always appeal to his usually slightly exorbitant self-image. The Aries will hardly be able to resist. If you yourself are an Aries, then you are urgently on the lookout when another person repeatedly praises you to the skies and constantly affirms everything you do. They could be hiding something else behind it. Do not fight battles for others that are not your own! Choose well when a struggle is worthwhile for you and when it only benefits others. The Libra, Virgo and Leo choose this way of manipulating. You can also give the feeling to the Aries that others are making fun of him or that he constantly alienates people by his lack of tact and appears as an uncouth bumpkin. The Capricorn, however, will deny the Aries what he needs most: praise and appreciation of his performance.

The Capricorn will point out to the Aries that he is not looking ahead and therefore is not suitable to take over responsible tasks. Aries have a zest for action. They are impulsive, energetic, agile and dynamic, and show a great initiative. Therefore, as employees, they are quite outstanding. It is not one of their strength to think for a long time about the consequences of their actions, so that it is useful to provide the Aries with a Virgo or Capricorn who takes this task over for him. As friends and partners, they are quick to jump into the breach for others and are therefore liable to be used by others in this way. The quickest way to manipulate an Aries is flattery and praise.