Ever wonder which Zodiac Pairing most likely to cheat?

April 01, 2021
Ever wonder which type of partner might be most likely to cheat? Well, it turns out the stars might have a say in the matter, as pairings of certain #zodiac signs might butt heads and be unfaithful more so than others, based on differing love compatibility, personality traits and values.

Of course, don't ditch your significant other simply because the zodiac says so, but keep the warning in mind.

You may not be so shocked if things start to go sour. 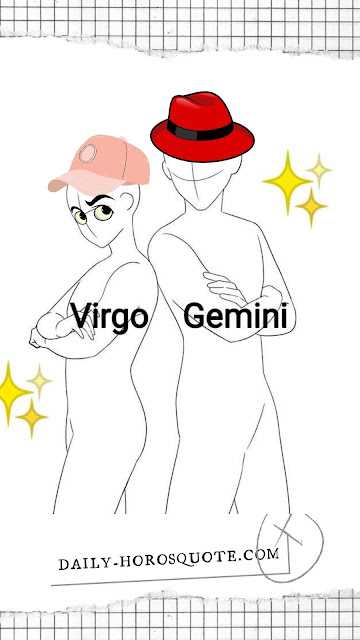 
These two are instantly attracted, as Mars rules Aries and Venus rules Taurus, which makes them textbook perfect, in the sense that Mars wants to dominate Venus and Venus wants to submit to Mars,

"However, Taurus is in for a rude awakening with Aries, considering this fire sign is nowhere near as faithful as Taurus," she said. This causes them to really disagree on monogamy and loyalty as hard values in the relationship, putting them on two different pages.


"These two are naturally charmed by each other's presence, as they are both ruled by the same element. Plus, Libra is totally enamored by Gemini's fickle nature and mentally stimulating banter,"

However, little does Libra know that Gemini absolutely loathes commitment, which is completely opposite to Libra, she explained. This can really cause tension in the relationship and a tendency to grow apart early on.


Polar opposites here. "Cancer enjoys being courted by Capricorn the gentleman, and serious Capricorn can't help but fall head over heels for Cancer's sensuality. However, little does Capricorn know that Cancer can become easily bored in the relationship," Mesa said.

This is mainly because Capricorn will never fully satisfy Cancer's sexual desires, she explained. (Uh-oh.)


"These two are both fire signs and totally smitten. However, Leo's talent in the bedroom does not suffice for his/her obsessive need for constant attention, and Sagittarius has places to go and people to meet," Mesa said. This causes them to clash in terms of time to spend together and where to give energy.

"Despite the chemistry between these two signs, Sagittarius will never commit to Leo's royal treatment,"


You would think that these two signs are two peas in a pod, but passion has nothing to do with it. "The reality is, these two are both too sneaky for their own good," she said.

"The cheating wouldn't be a one-way street here, as both of them can lie to each other repeatedly, and get away with it, too. This is a perfect example of you get what you give." Yikes.


"Completely different energies, but oddly similar, considering both of them are intellectual germ-a-phobes. However, despite Aquarius's instant attraction to Virgo's sultry innocence, the water bearer is no saint and can be swayed by another in no time," she said.

What's more, "Virgo wouldn't deal well with Aquarius's spontaneity anyhow," which could cause trouble between the two and provoke that separation and "browsing."

It's important to remember that astrology is more than just sun signs. you can also use Astrological Compatibility Score for relationship  to help you to know if your Current relationship may lead to a lasting relationship.

Get your  Compatibility Score for relationship for 2$ only