Moon trine/sextile Moon : You feel comfortable around these people and you can easily understand each other

Sun conj,trine,sextile Venus:  You adore them

Moon conj,trine,sextile Jupiter: You bring joy to each other

Venus conj Venus : you know what makes each other happy

Sun or Venus conj IC : it feels like “home”

SAMPLE Of You Personal Astrosignature for LOVE

Romance and Sexuality (see red line of graph ): On Years when this Astrosignature is highlighted, romantic and sexual energy runs very high. If you are seeking romance in your life, there is a good chance you will find it on days when "Romance and Sexuality" is highlighted. If you are married or deeply involved with someone, you can have lots of fun together and spark some new excitement in your relationship. If "Emotional Sensitivity" or "Visionary, Inspired" (see green line of graph) is also high, then a dreamy, romantic quality will flavor this time.. ❤ USE THIS LINK to See More Example and Explaination

👉 Get The Full Report of your Astrosignature for Love
⋆
⋆ Map of your destiny (past, present, future)

Mars conj,square,opposite Moon : hot but feelings will get easily hurt

Venus conj,square,opposite,trine Mars : one of the most used aspects in synastry for obvious reasons xD

Your dream often announces what the future holds..

Search the meaning of your Dream
For Example,
Let’s Reflect the Dream (reflection of Life ) about Different meaning of SNAKE
In the dream, there are also snakes that have no meaning as if, he is just a snake, as in, really just a snake. Just like when there is actually a snake in the house, or in the yard or on the roof of the house or under the bed, or in the kitchen or the person is actually taking care of the snakes, the snakes to him or to their dreams are just snakes, as in, really snakes. 👉Read more...
How do you react when someone insults you? According to Zodiac Sign.
How the zodiac signs respond to insults,... since much of our personality and behavior is influenced by astrology, it’s not surprising that each individual under the same sign would have similar ways in which they reacted to being insulted.. 👉Read more... 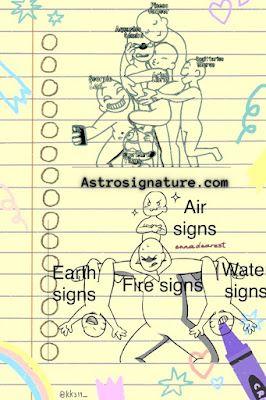