Ranking of Zodiac signs who can’t stand being single

If you prefer to be alone, that’s one thing, but no horoscope, no matter what their zodiac sign is, wants to be lonely.


Here are the zodiac signs who can’t stand being single — ranked. --->> 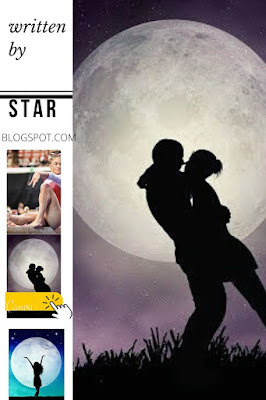 
Cancer is a caretaker by heart. She's always looking for someone to take care of, which is part of the reason why she hates being single. She would much rather spend her time with...
someone she knows loves her than feeling isolated and alone.

Cancer also tends to get attached to people pretty easily. She opens up to them, takes in their pain and their problems, and makes herself at home in their lives. So, when things end, she feels the need to go out and find someone new to fill that hole in her heart ASAP.

Libra absolutely hates being alone. One of the biggest things she worries about is ending up alone, even if she never vocalizes this fear. Until she finds The One, she likes surrounding herself with people who make her feel loved and important.

Libra is the kind of person who prefers partnerships over being alone. She flourishes and thrives when she's around friends, family, and romantic partners, so it's only natural for her to jump right into a new relationship once one is over. Don't fault her for this, though. It's just how she is.

Leo is the kind of person who thrives most around people. Be in an audience or her many suitors, Leo loves being the center of attention. It's not so much that she's needy or absolutely has to be in a relationship, but she certainly does prefer to be with someone than be alone.

Leo also hates being ignored. She's a very independent person who has no problem being on her own, but when ignored by people she cares about, it drives her crazy. She definitely prefers being around people who make her happy than being single.

When Scorpio brings you into her life, she's bringing you into her life for good. Scorpio is the type of person to make lasting connections with people – not casual flings to fill her time temporarily.

She is also fiercely loyal to the people in her life. She doesn't take any relationship for granted, and when one person leaves her life for good, she's off looking for someone else to replace them. It sounds harsh, but people are the cushion that makes this world a little easier to handle for her.


Gemini loves making connections in life. She might not always be actively searching for her kindred spirit, but she is always keeping an eye out for people who make her feel alive, excited for life, and loved.

When Gemini does find these kindred spirits, she gets attached quickly. She prefers to spend all of her time with these people rather than being alone because they make her feel like her best self.

Aries can be very independent... when she wants to be. When she has something to look forward to in life, something to strive for, she will hyper focus on that thing until she reaches her goal. In this way, she might put aside a relationship for her career or another goal.

That said, Aries also loves to love. She has a big heart, and one of her main goals in life is to share that heart of hers with as many people as possible. She likes the attention and affection that comes with a relationship, so if she has to choose between being single or with someone, she'll choose the relationship.

Taurus doesn't like being alone because she likes feeling needed. Knowing that someone out there – besides her family and friends – wants to spend time with her and be around her makes her feel all warm and fuzzy inside.

Pisces can be independent, but she likes to share her big heart, too. Love has to be meaningful for Pisces to want it over being single. If it doesn't bring her joy or happiness, she prefers to stay single until she can find someone who does make her feel those things.

Sagittarius might act like she wants to be alone all the time, but in reality, she just wants to be with people who actually matter. She might jump from partner to partner, but it's only because she doesn't see a future with them.

Sagittarius likes being with people who make her feel alive. She's always after adventure, and relationships can be adventures for her, too. She definitely likes her alone time, but she likes the thrill that comes with a good relationship, as well.

Aquarius is highly independent. She tends to do her best work – and be her best self – when she has the time and space to do her own thing. When she feels suffocated by people, she likes knowing that she can take a break and step outside of the chaos of having people around.

Relationships are important to her though, don't get her wrong. But she prefers strong, lasting friendships that help her get through life's toughest moments over romantic relationships. She might change her tune if she meets someone exceptionally exceptional, but don't hold your breath for her.

Capricorn definitely prefers to be alone than be in a relationship. She tends to get tunnel vision when it comes to achieving her goals, and she doesn't want to be with someone that she'll just end up ignoring. Plus, relationships are investments to her – she doesn't start one just for the heck of it.

Capricorn gets sh*t done when she's alone. She really thrives on being independent, and she doesn't want to be dragged down by someone who may or may not accept or support her completely. She definitely believes in taking her time when it comes to finding the right person.

Virgo is verrry picky when it comes to relationships. She won't just date anyone, which is why casual hook-ups and blinds dates set up by her friends don't work. She needs to be a part of every step of the choosing process for her to be happy.

In all honesty, Virgo would much rather be alone and busy with other things that matter to her in life than with the wrong person. She might have a rigorous selection process when it comes to dating, but she knows what's right for her, you can bet on that.