All signs have creative and intuitive strengths. We develop, nurture and use these talents, or we don’t. But for Scorpio, there’s no hesitation or ambivalence about what he’ll do with his creative talents. He’s all about breaking taboos, digging deeper, getting to the heart of whatever it is. And his considerable intuition is one of the vehicles through which he does this. 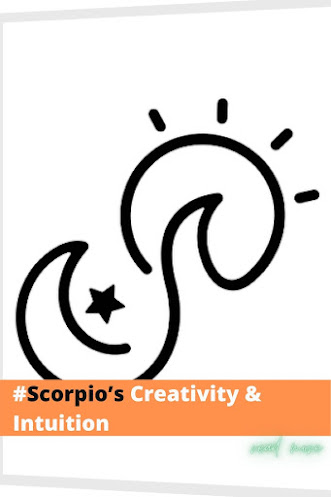 It’s the late fifties, and life is as stark as a black-and-white photograph with good guys and bad guys clearly defined. Strict gender roles exist—men work and women don’t—and hundreds of things are taboo and never enter polite conversation. Now imagine two young women, both aspiring poets. They meet at Boston University, where they’re taking Robert Lowell’s class in poetry. Lowell has already drawn analogies between the two students, perhaps noting that both women have a fascination with death.

As the friendship between the women deepens, they share intimate details of their individual suicide attempts. Their bond, this dangerous fascination with death, is incomprehensible to others. But after the younger of the two women kills herself, the other poet tells her shrink: “She took something that was mine, that death was mine. Of course it was hers, too. But we swore off it, the way you swear off smoking.” The women, Anne Sexton and Sylvia Plath, were both Scorpios, and this sign is about transformation at the deepest levels. For these two women, there wasn’t any transformation as significant as creativity and death. Of the two, Sexton tackled taboos the way few other female writers had at the time.

Her poems included taboos that ran the spectrum from abortion to menstruation, incest to adultery, masturbation to drug addiction. During Anne Sexton’s first psychiatric hospitalization, her psychiatrist urged her to resume writing poetry as a kind of therapy. She wrote some of her best pieces then, and some of them became her first published book, To Bedlam and Part Way Back. Most of her poetry reflected the probing intensity typical of Scorpio. Her fame grew out of her need to understand herself. By turning her emotions inside out, she won a Pulitzer Prize and was the first woman ever awarded an honorary Phi Beta Kappa from Harvard. 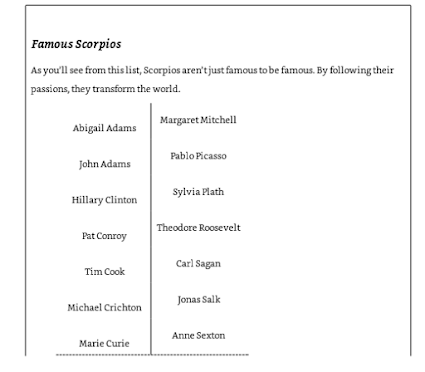